Adopting two children from Haiti is now racist. This is the way Democrats are going to attack Amy Coney Barrett? Yikes.

Some White colonizers “adopted” Black children. They “civilized” these “savage” children in the “superior” ways of White people, while using them as props in their lifelong pictures of denial, while cutting the biological parents of these children out of the picture of humanity.

Then the moron tweets back ;

I’ll get back to this tomorrow .. Too burnt at the moment … Not sleepin’ well these days …

Nancy Pelosi was visiting a primary school in Tampa and visited a grade four class. They were in the middle of a discussion related to words and their meanings.

The teacher asked Mrs. Pelosi if she would like to lead the discussion on the word ‘tragedy.’ So our illustrious Democrat asked the class for an example of a ‘tragedy’.

One little boy stood up and offered: “If my best friend, who lives on a farm, is playing in the field and a tractor runs him over and kills him, that would be a tragedy.”

A little girl raised her hand: “If a school bus carrying 50 children drove off a cliff, killing everyone, that would be a tragedy.”

“That’s what we would call great loss.”

The room went silent. No other child volunteered. Pelosi searched the room.

“Isn’t there someone here who can give me an example of a tragedy?”

Finally at the back of the room, Little Johnny raised his hand. The teacher held her breath.

In a quiet voice he said: “If the plane carrying you was struck by a ‘friendly fire’ missile and blown to smithereens that would be a tragedy.”

“Fantastic!” exclaimed Pelosi , “That’s right. And can you tell me why that would be a tragedy?”

“Well,” says Johnny, “It has to be a tragedy, because it sure as hell wouldn’t be a great loss … and you can bet your sweet ass it wouldn’t be an accident either!”

The teacher left the room …

SB-145, first introduced in 2019 and known as the “California Sex Offender Dream Act,” was recently passed by the California state Legislature and signed into law by Democrat governor Gavin Newsom on Sept. 11.

The name of the act speaks volumes on it’s intent !!! …

This is where I immediately thought … ‘ What about Intercourse with a minor ?! … However , the next 2 paragraphs clarified it for me  ;

This new legislation eliminates that and gives the Judiciary the authority to have the same discretion as it has now in cases of vaginal intercourse.  State senator Scott Weiner (D), lead sponsor of the bill, tweeted, “The bill ends discrimination against #LGBTQ young people on CA’s sex offender registry. It treats LGBTQ people exactly how straight people are now treated.”

A few good ones from DDP …

This is gonna get REAL interesting !!! …

Jeffrey Epstein’s flight logs on his aircraft, including his ‘Lolita Express’ jet, have been subpoenaed, sparking fear among the rich and famous who partied with the pedophile.

The Attorney General in the US Virgin Islands, where the billionaire had a home and is said to have carried out many of his horrific crimes, has demanded to see the logs which document the passengers on his aircraft.

The logs on his four helicopters and three planes span from 1998 until his suicide in prison last year.

Source: Names of EVERY passenger on Jeffrey Epstein’s aircraft ‘to be revealed “sparking panic”‘ … 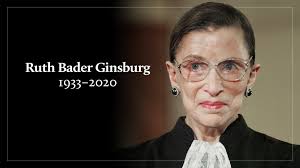 McConnell’s vow capped off a statement his office released just hours after Ginsburg’s death from pancreatic cancer. It’s due to immediately kick off a bitter political fight over replacing the pioneering justice less than two months before November’s presidential election, and four months before the end of Trump’s first term.

Multiple reports following her death also suggested Ginsburg addressed the issue during her final days. The reports say Ginsburg dictated a statement to her granddaughter, which said Ginsburg’s “most fervent wish is that I will not be replaced until a new president is installed.”

“Since the 1880s, no Senate has confirmed an opposite party president’s Supreme Court nominee in a presidential election year,” McConnell said.

Senate Minority Leader Chuck Schumer urged Trump and the Republican Party to wait until after Trump’s term ends in January before her replacement is selected.

“The American people should have a voice in the selection of their next Supreme Court Justice,” Schumer wrote. “Therefore, this vacancy should not be filled until we have a new president.”

Hold it Chucky , what happens if ( when ! ) Trump wins a second term ? … How does the Supreme Court operate with an even number of justices ideologically split right down the middle ( Republican / Democrap ) ? …

“Let me be clear: The voters should pick a President, and that President should select a successor to Justice Ginsburg,” he said on Twitter.

I tell ya … The Dems and the BSMedia will be goin’ berserk on this one for months !!! …

Source: Vote to be held for Trump’s nominee to replace Ginsburg on U.S. Supreme Court …