Obviously didn’t work !!! … I’ll get back to this later after I’ve researched this a bit more … 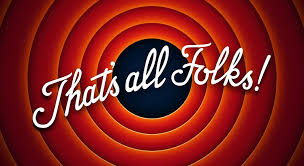 Nancy Pelosi was visiting a primary school in Tampa and visited a grade four class. They were in the middle of a discussion related to words and their meanings.

The teacher asked Mrs. Pelosi if she would like to lead the discussion on the word ‘tragedy.’ So our illustrious Democrat asked the class for an example of a ‘tragedy’.

One little boy stood up and offered: “If my best friend, who lives on a farm, is playing in the field and a tractor runs him over and kills him, that would be a tragedy.”

A little girl raised her hand: “If a school bus carrying 50 children drove off a cliff, killing everyone, that would be a tragedy.”

“That’s what we would call great loss.”

The room went silent. No other child volunteered. Pelosi searched the room.

“Isn’t there someone here who can give me an example of a tragedy?”

Finally at the back of the room, Little Johnny raised his hand. The teacher held her breath.

In a quiet voice he said: “If the plane carrying you was struck by a ‘friendly fire’ missile and blown to smithereens that would be a tragedy.”

“Fantastic!” exclaimed Pelosi , “That’s right. And can you tell me why that would be a tragedy?”

“Well,” says Johnny, “It has to be a tragedy, because it sure as hell wouldn’t be a great loss … and you can bet your sweet ass it wouldn’t be an accident either!”

The teacher left the room …

A nun walks into Mother Superior’s office and plunks down into a chair. She lets out a sigh heavy with frustration.Source :

‘What troubles you, Sister?’ asked the Mother Superior. ‘I thought this was the day you spent with your family.’

‘It was,’ sighed the Sister. ‘And I went to play golf with my brother. You know I was quite a talented golfer before I devoted my life to Christ.’

‘I seem to recall that,’ the Mother Superior agreed. ‘So I take it your day of recreation was not relaxing?’

‘Far from it,’ snorted the Sister. ‘In fact, I even took the Lord’s name in vain today!’

Goodness, Sister!’ gasped the Mother Superior, astonished. ‘You must tell me all about it!’

‘Well, we were on the fifth tee…and this hole is a monster, Mother Superior 540 yard Par 5, with a nasty dog leg left and a hidden Green… and I hit the drive of my life. I creamed it. The sweetest swing I ever made. And it’s flying straight and true, right along the line I wanted… and it hits a bird in mid-flight!’

Oh my!’ commiserated the Mother. ‘How unfortunate! But surely that didn’t make you blaspheme, Sister ! …

‘No, that wasn’t it,’ admitted Sister. ‘While I was still trying to fathom what had happened, this squirrel runs out of the woods, grabs my ball and runs off down the fairway!’

‘Oh, that would have made me blaspheme!’ sympathized the Mother

‘But I didn’t, Mother!’ sobbed the Sister. ‘And I was so proud of myself! And while I was pondering whether this was a sign from God, this hawk swoops out of the sky and grabs the squirrel and flies off, with my ball still clutched in his paws!’

‘So that’s when you cursed,’ said the Mother with a knowing smile.

‘Nope, that wasn’t it either,’ cried the Sister, anguished, ‘because as the hawk started to fly out of sight, the squirrel started struggling, and the hawk dropped him right there on the green, and the ball popped out of his paws and rolled to about 18 inches from the cup!’

Mother Superior sat back in her chair, folded her arms across her chest, fixed on the Sister with a baleful stare, and said…

‘You missed the fuckin’ putt, didn’t you ?

This has the potential to be hilarious !!! …